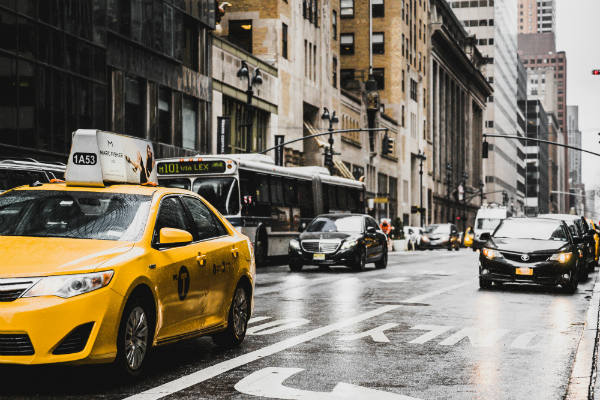 When I was 16 years old, I made a radical decision: I wanted to learn to drive and get my driver’s license on the exact day of my 17th birthday—on the very minute that the law would allow. And that’s what I did. On January 5, 2000, I had the glittering plastic in my hand, and that’s where my official history behind the wheel began.

With a friend of mine, we had an absurd, teenage competition to see who would get their driver’s license first, and I must say, with a certain degree of pride, that I beat him by just one week. I didn’t have a car and neither did my family, so everything was pretty abstract: I wanted to drive, but I didn’t have anything to drive. I had cut my teeth with my grandparents’ car, a Renault 19 that was pretty modern for its age and which had the incomparable characteristic of being violet (I have never again seen a violet car). I learned to drive in a driving school in the neighborhood of Nuñez, Buenos Aires, during six encounters on the pavement under the pure luxury of a cloudless sky. The instructor was a calm man who properly imparted his knowledge to me, and from that moment, the particular desire to teach someone—anyone—how to drive began to grow within me. I still haven’t been able to fulfill it, but it’s not the craziest of desires. Once the course was over, I asked my grandparents for the car, and my father came along with me to drive through the streets—at this point, without dual control—so that I could get to the test with some kilometers under my belt. The first outings were terrible: my fingers were rigid on the steering wheel, and my body was shaking, as if the street were a boxing ring. But I started being able to manage it: little by little, the suffering subsided and pleasure began to take center stage. One afternoon, we were driving through the neighborhood of Belgrano and, on the corner of Cuba and Echeverría, my old man pointed out Zurich Café (an old Nazi stronghold in the city, it was said) and told me, “I’m getting out here, come pick me up in a while.” It was his way of telling me that I could, for the first time, drive alone. It was glorious. I slipped in a CD and turned the volume all the way up. I drove 10 km per hour, always in first gear, unbearably slow, but with the music blasting out of the speakers as if it were a race car cutting through the air of an American highway. A week later, I asked for the car again and we went to the much-feared drivers test, although I was already pretty confident at this point. I got there driving and the security guard who lifted the entry gate to enter the parking lot said: “The person who has the driver´s license should be the one driving, gentlemen!”

For me, the passion for cars that was sparked in those days quickly had a metastatic effect, and I became crazy about taxis. Just as there are people who become addicted to searching for apartments because in the process they can enter other people’s homes and investigate how they live, for me taking a taxi became the opportunity to get into someone else’s car and see how they drive. In terms of the cab driver’s profession, I envy the combination of two elements to which I would devote myself indefinitely: driving and listening to the radio. It’s a known fact, besides, that taxi drivers are endless sources of anecdotes. One time, I got into one and asked the driver to take me from Villa Crespo to San Telmo. Halfway there, he began to talk about his notebooks He told me that for a time, he took to asking passengers to write down a phrase in his notebook, and that by doing this he had accumulated an astonishing amount of notebooks with padded black covers that contained phrases that worked as illegible haikus from people who he would never again see. When we arrived at the destination, he stepped out of the car and told me that he wanted to show me something in the trunk. When I was already prepared to see a cadaver or the stiff body of a kidnapped person, he opened his trunk—and 500 agendas, completely autographed by passengers, confirmed his tale. “I already spoke with the publishing house Planeta and they’re going to publish them,” he assured me. On another occasion, I took a taxi at three in the morning and asked to be taken home. I was leaving a party from a house that faced the street, so the man heard that music was playing and asked me what we were listening to. “The Beatles,” I specified. “Ah, my favorite band,” he said. “Mine too,” I added, in a friendly back-and-forth. “What’s your favorite album?” he wanted to know, and this didn’t put me in any kind of predicament: I have an answer prepared for any question about my preferences in almost every genre. The White Album and Abbey Road, I told him. “Abbey Road” I pronounced like “éibi rróud,” the Argentine way. The driver told me that he thought that the White Album was excellent, but that he didn’t know the other one. “Weird,” I thought, but I said nothing more. And then the guy said to me, “My favorite album is Abbey Road,” pronouncing it like “abéi rroá.” It was a one-of-a-kind moment, in which the pronunciation of a foreign language opened an absurd abyss between two Beatlemaniacs. I told him that I didn’t know that album and we changed the subject, like two gentlemen.

Bertolucci once said that cinema is two people in a car and a camera, and he was right. In that sense, he was attentive to the emergence of  an emblematic genre, the road movie, a type of film that is both public and intimate: two people travel along open landscapes, cross through huge populations, pass through giant cities, and nevertheless the inside of the car is like a small home that moves, that can be taken everywhere, where they are always alone. That’s why the car is a confessional, and the fact that the driver and the person sitting alongside aren’t looking at each other seems so much like the psychologist’s couch—that’s why being in the car always produces a sort of profoundness.

The main question, finally, revolves around whether cars ruin or beautify cities. In 1992, there was a referendum in Amsterdam and the citizens chose to reduce the flow of cars in half. Four years later, the city of Florence banned the circulation of cars through the central area, and the Mayor declared that the measure would be extended over the years to all of the urban layout. “Florence is going to be the first car-free European city, and hopefully it won’t be the only one,” he said. Aesthetic common sense would indicate that, of course, a city like Florence is objectively more “beautiful” without machines riding over its cobblestone. But is that rule applicable to all of the world’s cities? I would say that it’s not. In Mexico City, vehicular overpopulation is a matter of State, but I nevertheless believe that much of the city’s beauty is in its colorful cars, which are everywhere, which go to places that no one can reach, and which generate vast and glorious traffic jams. The first time I traveled to Mexico, in 1998, I came back with one single memory: hundreds of Volkswagen Beetles per block. When I went back, in 2015, all of the cars had already been renewed and there were no more Beetles driving around. It was an unexpected blow: I felt that something beautiful in the city had been lost forever, as if Buenos Aires were to lose the Avenida de Mayo or Venice were left without water.

Mauro Libertella graduated in Literature from the Universidad de Buenos Aires. As a cultural journalist he has written for Revista Ñ, Página/12, Perfil, Inrockuptibles, Brando (Argentina); Quimera (Spain); Letras Libres and La Tempestad (Mexico). He has published the novels Mi libro enterrado [My buried book], in which he explores his relationship with his father, and El invierno con mi generación [Winter with my generation], the story of a group of friends in Buenos Aires at the end of the 20th century. He has also published El estilo de los otros [Other people's style], which contains eighteen conversations with contemporary Latin American writers.

We present this latest issue of Latin American Literature Today in the midst of a dire humanitarian crisis that is bleeding Venezuela dry. The dictator Nicolás Maduro—recognized as such by…