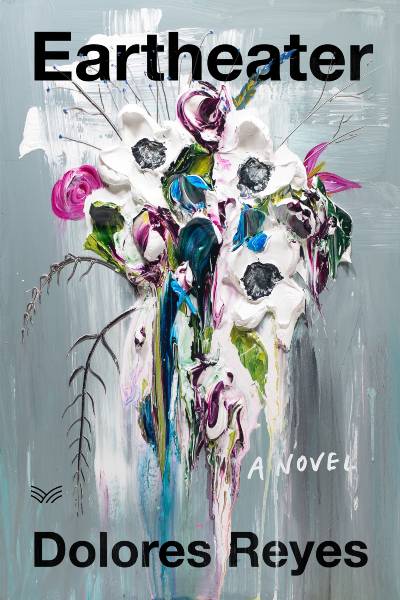 Named a “fall 2020 must-read” and one of the “best books of fall 2020” by Time, Vulture, The Boston Globe, Wired, Cosmopolitan, and more. Electrifying and provocative, visceral and profound, a powerful literary debut novel about a young woman whose compulsion to eat earth gives her visions of murdered and missing people—an imaginative synthesis of mystery and magical realism that explores the dark tragedies of ordinary lives.
Set in an unnamed slum in contemporary Argentina, Eartheater is the story of a young woman who finds herself drawn to eating the earth—a compulsion that gives her visions of broken and lost lives. With her first taste of dirt, she learns the horrifying truth of her mother’s death. Disturbed by what she witnesses, the woman keeps her visions to herself. But when Eartheater begins an unlikely relationship with a withdrawn police officer, word of her ability begins to spread, and soon desperate members of her community beg for her help, anxious to uncover the truth about their own loved ones.

Surreal and haunting, spare yet complex, Eartheater is a dark, emotionally resonant tale told from a feminist perspective that brilliantly explores the stories of those left behind—the women enduring the pain of uncertainty, whose lives have been shaped by violence and loss.

Eartheater, by Dolores Reyes and translated from Spanish by Julia Sanches, is out in November from HarperCollins.

“Papá’s alive,” I later said to Walter and Tía, when I saw them gawking at me. I thought they’d be happy, but I was wrong. They were quiet. Like, frozen still. I ran up to Walter and hugged him.

“What the fuck have you done, you twerp?” my tía said, grabbing my arm to pull me away from my brother.

“Walter, Papá’s alive,” I repeated as she yanked me back.

My brother came to me again and grabbed my hand. He took me to the bathroom and scrubbed my legs with a sponge, then left the faucet running. As he wiped my arms and hands, he made me swear I’d never eat earth again.

I swore and Walter stroked my head. With his hand on my head, I couldn’t tell if he was taller or if I had shrunk.

“Now brush your teeth,” he said, leaving me in the bathroom on my own.

I looked in the mirror, smiled: my teeth were mud-stained. I thought of Papá and his smokes, the scent and darkness of his mouth, of how they wanted to forget him and how that was probably for the best. I held my brush under the stream of water, squeezed on some toothpaste, got everything wet, started brushing.

I walked back to the kitchen and tried one last time:

Tía turned around and looked furiously at me. She pulled a pack of smokes from her jean pocket.

“Filthy brat. I catch you eating dirt again and I’ll burn your tongue with a lighter.”

For a while, I was so scared I couldn’t bring myself to even step on the earth, and avoided going outside without shoes on. Whenever I felt like eating dirt, I’d scarf down piping hot food, the second Tía took it off the stove. I wouldn’t wait. I’d stuff my mouth and feel it blister. Then, tongue scorched, I’d down one glass after another of water. Belly full, the urge to scarf earth went away. The next day, I could hardly eat, I could hardly talk.

In time, they stopped messing with us at school. No more earth in my backpack dirtying my notebooks followed by muffled sniggers. No more alfajor wrappers—sweets I wanted but couldn’t buy—filled with dirt sitting on my chair. Just the odd look, and a lot of silence.

And, without the earth, everything was perfect.

Dolores Reyes was born in Buenos Aires in 1978. She is a teacher, feminist, activist, and the mother of seven children. She studied classical literature at the University of Buenos Aires. Eartheater is her first novel.

Julia Sanches is a literary translator working from Portuguese, Spanish, French, and Catalan into English. Born in São Paulo, Brazil, she has spent extended periods of time in the United States, Mexico, Switzerland, Scotland, and Catalonia, giving her an intimate knowledge of the languages, cultures, and literatures she works in. She is a founding member of Cedilla & Co., a collective of translators committed to making international voices heard in English, and soon-to-be chair of the Translators Group of the Authors Guild. Julia holds a BA in English Literature and Philosophy from the University of Edinburgh and an MA in Comparative Literature and Literary Translation from the Universitat Pompeu Fabra, in Barcelona. After working as an assistant and agent for several years at The Wylie Agency, representing authors from around the world, she has decided to focus her energies on translation and advocating for the authors she is passionate about.

Eugenio Montejo and the Poetics of the Essay

Since its beginnings, the essay has been characterized by its emphatic conversion of subjectivity into an issue of concern. Michel de Montaigne’s “To the Reader” was clear, if defiant, on…