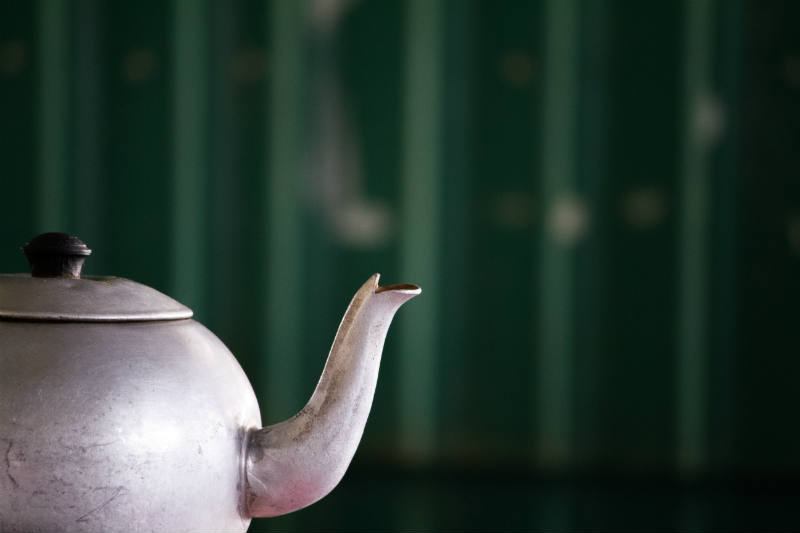 I’d just begun translating a book from English to Spanish for the first time and right away I came upon a problem that is now a well-known foe. After a more or less auspicious start, I have the illusion that I’m doing well, that I am somehow aligned with the original text and I can tune it to my language without losing the rhythm, then, sooner or later—generally sooner than later—the texts suddenly become out of sync.

“Different civilizations, different epochs do not necessarily produce the same ‘speech mass’; certain cultures speak less than others,” another sentence I underlined in the same book by Steiner. It was true, I’d always had the impression that books written in English spoke less. And that the distance between the concise speech of the original language and the more profuse speech of my own began to widen as I sat to translate. A disparity between the lengths of the lines that could be measured in the minutes it took to read the texts aloud, like changes in time zones.

Good translators are able to avoid this jet lag and we believe that since it sounds spontaneous it actually is spontaneous. We mistakenly assume that the invisible difficulties do not exist. Inspired by good translations, the unsuspecting reader may try their own hand. They make the jump to the other side of the page and begin translating, like the regular restaurant goer who sets up their own cantina, which quickly fails. Enthusiasm favors an auspicious start, but they quickly become swamped. Then they turn to books like After Babel in search of understanding and encouragement. They begin underlining sentences in a plea for help.

In a hypothetical situation, the translator could do a sound check. They have already made sure that the synapses between the words are firing and the translation sounds good. But they are not satisfied with mere internal coherence. They compare the original to their translation. The long sentences in the original are long in the translated text. And the short ones are short. The proportions have been maintained. And yet this is a meager achievement, there is a greater goal: to create a harmonious chorus. An outside party is brought in to read the original in English while the translator reads their own work aloud. Although they will sound different, the texts should be in sync. Yet one reader always finishes a little sooner. It’s not hard to guess which one. Between English and Spanish the answer is clear. The reason why is a complicated one that transcends the English language.

The obvious explanation is misleading. As if they were character traits, we confuse concision with curtness. We think that a book speaks less in English because the words of this language are shorter, a hypothesis easily supported by frighteningly clumsy translations such as “ayuda, necesito que alguien me ayude” that can barely keep up with the tune of a Beatles song. But the profusion of monosyllables is not exclusive to English; Chinese abounds with them as well, and the underlying question as to why remains unanswered.

Translation is much more than an issue of metric equivalence. As Miguel Sáenz said, “one does not translate words, nor sentences, but what those words say, which is not the same thing.” Translators often state that in order to translate what the words and sentences are trying to say, they have to capture the spirit of the original text’s language. And what is the spirit of a language?

The first sentence of a text by Mark Twain called Christian Science takes up eighteen lines. Afterward, Twain clarifies: “That sentence is Germanic, and shows that I am acquiring that sort of mastery of the art and spirit of the language which enables a man to travel all day in one sentence without changing cars.” He is saying, if the sentence had been written originally in English, he’d have had to stop on the road of the paragraph and switch over at some point.

In 1977, as María Luisa Bombal received an award from the Chilean Academy of Language, the writer spoke of her “growing admiration and interest in that mysterious and diabolical language—due to its concentration—that is English.” Bombal was a legendary translator. She didn’t only translate books from English to Spanish. She translated two of her own novels from Spanish to English. Since books written in English speak less, but US readers are voracious, she was asked by her editors to add several extra chapters to one of her novels as she was translating it. The end result was not a translation in the strict sense of the word because upon passing to English with those extensive additions it became, at least in part—or in large part—another book entirely. Bombal took to an unprecedented extreme the trope of the writer who, like Conrad and Nabokov, translates themselves: she wrote a novel in English, and, when she returned from the United States to Chile, she took on the task of translating it to Spanish, although she considered this an “aberrant” task. She must’ve had her reasons. And yet despite her consummate idiomatic hermaphroditism, English remained to her something mysterious and diabolical. It surprised me that she would still view the language that way after so many years’ experience on the merry-go-round and even as she offered, in Spanish, a definition of English that due to its ironic brevity sounded English. Bombal’s description undoubtedly emerges from her experience as a translator, because it touches directly on the sore spot that is the problem of desynchronization, summarizing the challenge in a single word: concentration.

That said, we must challenge the idealized notion of brevity as a value in itself, reinforced by the the handy refrain that states something good, if brief, is doubly good. Years of personal and collective experiences could just as easily argue the opposite—what is good is not always brief and if so it’s a shame when it ends—and nevertheless, brevity is celebrated like some superior quality. Beyond Bombal’s opinion on the matter, concentration of language is an objective imposed on English to Spanish translators, whose work is dependent on the original, concentrated text. Still, when pushed to explain this concentration, we can only respond that it would depend on each book.

For now, it is enough to say that the mysterious and diabolical concentrated nature of the English language, as Bombal classified it, turns out to be a defining characteristic. It’s a circular and abstract explanation, but we can take consolation in more generalizations and spiraling circumlocutions: each language has its distinctive traits, which make it admirable and at the same time problematic for those tasked with its interpretation.

Around the same time I read After Babel I also underlined phrases from The Russian Point of View, by Virginia Woolf, who wonders why the English reader is never able to fully grasp the undercurrent, the nucleus, of Russian literature, that is to say the thing that makes it unique, that it doesn’t share with any other language. Woolf realized that in Russian translations to English there was always something missing, even if the translation was excellent. This means that every language is in the end mysterious and diabolical for the person who sits to translate it! “Moreover, it is not the samovar but the teapot that rules in England; time is limited (. . .) an English novelist is inclined to satire rather than to compassion,” Woolf writes. So it turns out that the conciseness of the English language, which seems at ones inaccessible, admirable, enviable, and the sarcasm that results from it, can also be a limitation when it comes time to trace the path of another language. The interesting thing is that Woolf, who did not speak Russian, was able to read between the lines and see what was not there. She realized something had slipped through the cracks and she was able to define it. And maybe, I tell myself, that oblique reading, that premonition of phantom in flight, was possible precisely because the translator had done a good job.

And, lastly: every once in a while a writer emerges who is able to appropriate the samovar and the teapot. I don’t mean they translate them, they do something more: they make them their own. They take an extraordinary step into the realm of linguistic spirits, distilling the mysterious and diabolical concentrated nature of a foreign language and pronouncing it in their own words. I think this is what María Kodama was referring to when she commented in an interview that Borges “adapted the conciseness of the English language to the Spanish language.” This is what happens, we could say, when a language act has a genius determinant.

Esther Cross (Buenos Aires, 1961) is the author of several novels and books of short stories, among them Kavanagh, Radiana and La mujer que escribió Frankenstein. She also co-authored, along with Félix della Paolera, two books of interviews: one with Borges, the other with Bioy Casares. Her books have been awarded with several prizes, among them the Fortabat Foundation Prize of Novel, the Regional Prize of Novel,  and the Siglo XXI Narrative Prize. She has been awarded the Fulbright and the Civitella Ranieri scholarships. Her last book of stories is Tres hermanos. She has translated Richard Yates, William Goyen and Mark Twain into Spanish. 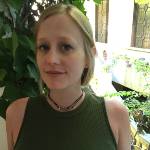 Language as Alliance: A Conversation with Hubert Matiúwàa

We introduced ourselves by talking about our readings, the work of Miguel Leon-Portilla, Carlos Lenkersdorf, Alfredo López Austin, Linda Tuhiwai Smith, Carlos Montemayor, Jacques Derrida and Jean-Paul Sartre. In fact,…

Writing in Cuba in the Twenty-first Century

I know of the sea breaking against a wall / how it scares me when its swell rises too high / when its waters grow cool and it is impossible.