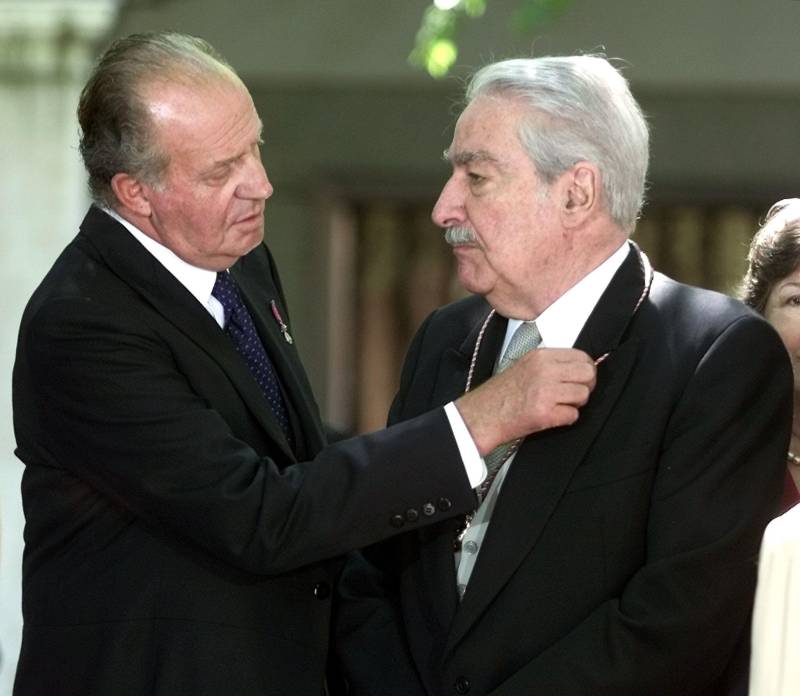 Álvaro Mutis on Himself

I was born in Bogotá on August 25, 1923, the feast day of Saint Louis, king of France. I cannot deny the influence of my patron saint on my devotion to monarchies. I completed early studies in Brussels, then returned to Colombia for periods that were at first vacations, and, later—as they became more and more extended—I lived on a coffee and sugar plantation that my maternal grandfather had founded. It was called “Coello” and was located in the foothills of the Central Highlands. All that I have written is destined to celebrate and perpetuate that corner of the tierra caliente from which emanates the very substance of my dreams, my nostalgias, my terrors, and my fortunes. There is not a single line of my work that is not connected, in a secret or explicit way, to the limitless world that for me is that corner of the region of Tolima in Colombia.

In a final attempt to earn my high school diploma, I enrolled in the Colegio Mayor de Nuestra Señora del Rosario in Bogotá. My professor of Spanish literature was the noted Colombian poet Eduardo Carranza, and two blocks from the school were the pool halls of the Café Europa and the Café Paris. Carranza’s classes were for me an unforgettable and passionate initiation to poetry. Billiards and poetry took precedence over my acquiring that much-sought-after diploma.

Alternating his poems with my own, Carlos Patiño and I published a chapbook titled La Balanza (The scales), which we distributed ourselves among our bookseller friends on April 8, 1948. The following day, our publication went out of print as the result of a fire. On April 9 the “Bogotazo” occurred when the downtown of the city was set ablaze by the enraged supporters of presidential candidate Jorge Eliécer Gaitán, who was assassinated that day in the capital. In 1953—after publishing some poems, the first in the journal La Razón at the hands of Alberto Zalamea, and others in the Sunday supplement to El Espectador, thanks to Eduardo Zalamea Borda—my verse collection Los elementos del desastre (The elements of the disaster) appeared in the collection “Poets of Spain and America” published by Losada, directed by Rafael Alberti and Guillermo de la Torre in Buenos Aires.

In 1956 I traveled to Mexico, where I reside today. Octavio Paz, who had written some laudatory reviews of my poetry, opened doors for me in literary supplements and magazines. Paz himself presented my work in a generous essay on my book Reseña de los Hospitales de Ultramar (A report on the overseas hospitals), published in 1958 as a supplement to number 56 of the magazine Mito, directed in Colombia by Jorge Gaitán Durán. In 1959 Diario de Lecumberri (Diary of Lecumberri) came out, published by the Universidad Veracruzana in its Fiction series. In 1964 Ediciones Era, also in Mexico, published a collection of poems, all written in Mexico, entitled Los trabajos perdidos (Wasted efforts). Two works appearing simultaneously in 1973 were Summa de Maqroll el Gaviero, which brought together all my poetry up to that date, published by Barral Editores of Barcelona, and La Mansión de Araucaíma (The mansion of Araucaíma), released by Sudamericana in Buenos Aires, which collected all my short stories. In 1978 Seix Barral of Barcelona produced a new expanded edition of the collection that included the short story “El último rostro” (The last face seen).

In 1982 Mexico’s Fondo de Cultura Económica brought out a book of poems entitled Caravansary in its Tierra Firme collection. In 1984 the same publisher produced another volume of poetry, Los emisarios (The emissaries), in the same series, and in 1985 Cátedra of Madrid released Crónica Regia y Alabanza del Reino (Royal account and praise of the realm), poems dedicated to King Phillip II, his family, and court. In these last works I explore—not without difficulties, vacillations, and flashes of doubt—a new way of telling the same old thing, that which will remain the same and which, for me, is the only thing worth telling: that the ghosts from my avid and scattered readings during childhood at the Coello plantation visit me with invariable frequency—ghosts born in large part in the corners of the history of the Western world and in the golden decadence of Byzantium, engulfed, always, by the warm mists of the coffee plantations.

In 1987, and with the same purpose of recapturing vast periods from my past, I published Un Homenaje y siete Nocturnos (An homage and seven nocturnes), brought out by El Equilibrista of Mexico and Pamiela of Pamplona. Subsequently, I resolved to try my hand at the short story by expanding some of the prose pieces I had written on Maqroll el Gaviero (Maqroll the Lookout), a character who, beginning with the first poems I wrote, has visited me sporadically. Out of this enterprise was born Empresas y tribulaciones de Maqroll el Gaviero, which includes the following novellas: La Nieve del Almirante (1986; Eng. The Snow of the Admiral, 1995), Ilona llega con la lluvia (1987; Eng. Ilona Comes with the Rain, 1995), Un bel morir (1989; Eng. Un Bel Morir, 1995), La última escala del Tramp Steamer (1989; Eng. The Tramp Steamer’s Last Port of Call, 1995), Amirbar (1990; Eng. Amirbar, 1995), Abdul Bashur, soñador de navíos (1991; Eng. Abdul Bashur, Dreamer of Ships, 1995), and Tríptico de mar y tierra (1993; Eng. Triptych on Sea and Land, 1995). After being published separately, in Spain as well as in Latin America, the works were released as two volumes with the publishing house Siruela in 1993 and in a single volume with Alfaguara in 1995.1

In 1988 Mexico’s Fondo de Cultura Económica published short stories and essays under the title La muerte del Estratega (The death of the strategist), and in 1990 it brought out Summa de Maqroll el Gaviero, which collected all my poetry up to that time. The volume was reprinted in Spain by Visor in 1992.

I have never taken part in politics; I have never voted, and the last event in the political realm that truly concerned me or had anything to do with me in a clear and honest way was the fall of Constantinople at the hands of the Turks on May 29, 1453, nor have I failed to recognize that I still have not gotten over the trip to Canossa by the Salic King Henry IV in January 1077 to pay homage to the Sovereign Pontiff Gregory VII—a trip of such ill-fated consequences for the Christian West. Hence, I am a defender of the Holy Roman Empire, monarchic, and legitimist.

1 In English, all seven novellas are available in The Adventures and Misadventures of Maqroll, trans. Edith Grossman (New York Review Books, 2002).

Translation from the Spanish by David Draper Clark 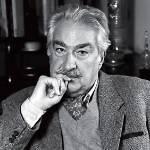 Álvaro Mutis (1923–2013) was a Colombian poet, novelist, and essayist. Though he was born in Colombia, he lived in Brussels until he was eleven years old. His first collection of poetry was published in 1948, and his first short stories appeared in 1978. Mutis is best known for his award-winning novellas, published in the United States in two collections, Maqroll and The Adventures of Maqroll. His body of work includes La Nieve del Almirante (1986; Eng. The Snow of the Admiral, 1995), Ilona llega con la lluvia (1987; Eng. Ilona Comes with the Rain, 1995), La última escala del Tramp Steamer (1989; Eng. The Tramp Steamer’s Last Port of Call, 1995), and Abdul Bashur, soñador de navíos (1991; Eng. Abdul Bashur, Dreamer of Ships, 1995). His most famous book is Empresas y Tribulaciones de Maqroll el Gaviero (Eng. The Adventures and Misadventures of Maqroll), consisting of seven novellas.

Juvenal walked across the foot of that hill amid the silence. Suddenly he noticed the fresh blood that was falling from his nose like rain. He felt a chill inside…

Two Short Stories from The Things We Don’t Do

Ruth was making mountains with her foot. She dug her big toe into the warm sand, formed small mounds, tidied them, carefully smoothed them with the ball of her foot,…

It’s our birthday, and even we are surprised by how fast it has come. With this issue, our twentieth, Latin American Literature Today (LALT) turns five years old. When I…