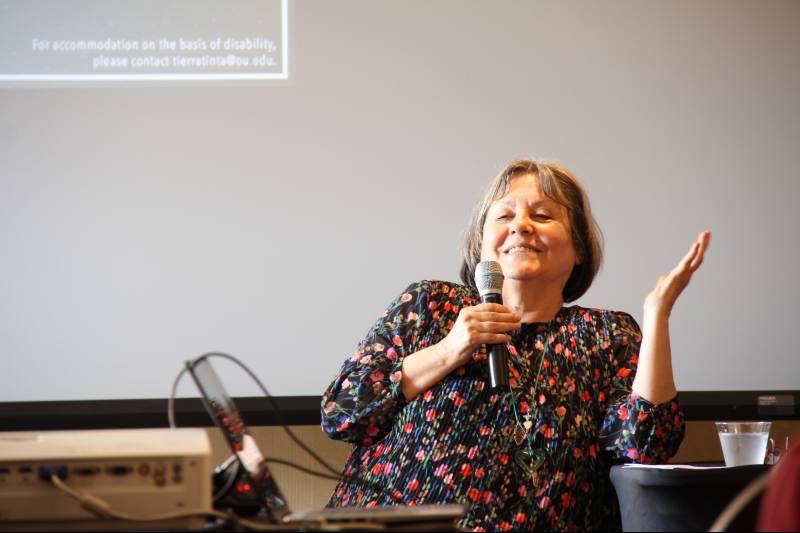 “The big intervention that literature can make is on literature itself”: An Interview with Diamela Eltit

In a context of women’s objectification in literature used as a “social weapon” that continues to transgress borders, Diamela Eltit is the Chilean writer most recognized for her contribution to public cultural discourse on the relationship between gender and literature, from the small inlaid details of her short stories to the big theoretical debates on Latin American political systems.

Her many works, translated into multiple languages, have become bridges transferring thought on diverse contemporary and historical issues, from her most intimate reflections on literature to the political context of contemporary writing. Today, the fervent fandom of new media has also violated the space of print media, and it is from this real-time, anarchic context driven by the digital sphere where we can connect directly with the immediate experience of Eltit, who was awarded the Chilean National Prize for Literature in 2018, and whom we are spotlighting here in Latin American Literature Today.

Claudia Cavallín: Based on your own experience, as well as the existence of many of us who have navigated painful places and backgrounds in Latin America, what do you consider a nomad body in the reality of our contemporary politics, in which social uncertainty multiplies daily?

Diamela Eltit: I believe we are experiencing a massive displacement. Millions of people are traveling with great uncertainty (many like lemmings off a cliff), propelled by wars and/or adversity. This global situation cannot be separated from the unrelenting capitalism that has spread to the four corners of the earth, causing a tragic inequality and an undervaluation of bodies. We must realize that today, it is as if the owners of the world control the fingers of our collective body. There is an obscene concentration of wealth founded on the depredation of our planet, labor exploitation and the objectification of life. The preeminence of the ego, which is the system’s great weapon to destroy community life and diversity.

C.C.: In your work, you have analyzed diverse spaces where Latino culture is rooted, such as Latino settings in New York, where there is a certain social integration that is able to cross textual, sexual, ethnic borders, etc. In the context of this global movement beyond the local, what do you think about the interpretation of what would today be “la patria?”

D.E.: I know that the term “patria” (which is often translated as “homeland” in English, but which, etymologically speaking, comes from the word father) is ambiguous because in some sense it can have a nationalistic character that suggests exclusion; but the patria-memory of the migrant is interesting because there is a tension with the assimilationist imperative. In a way, it engages or “intervenes” in the dominant cultures, it challenges those cultures, enriches and compels them. Using a different connotation, I think that today la patria is embodied in the police and the military.

C.C.: Locating ourselves now in the testimonial stories of people who, amid profound internal crises, went from telling their oral histories to simply leaving out words, and through certain terrible images of silence in your published work, do you believe that this would work today: a “pedagogical” institution of thought based on the study of body language and a certain lucidity found in insanity? Do you think that is where we could get the help we need to understand the real crisis of a system?

D.E.: Maybe, I don’t know. Actually, we can understand the “insanity” of this system by observing some of the current rulers. Of course I’m thinking of a type of functional insanity (but no less messianic despite this everyday functioning) and this functional insanity has a high capacity to subjugate its people. If you think about the case of the Philippines and the extrajudicial killing of people classified as “narcos,” it is shocking and incomprehensible. Actually the most astonishing thing is the followers of these figures, the majorities they get, the explicit violence as a sign of democracy. Anyway…

C.C.: I completely agree with you, violence is coupled with the new power relations. Here, language has also inserted itself into the political context. In your work, language superimposes itself in different directions, and emotions flow through language, deconstructing and fragmenting it, so that it then becomes part of a social, national, and individual falseness that we ourselves (readers) recognize. Do you believe that by reading we can rebuild our reality on top of these internal ruins? How can we intervene in a political crisis through the use of literary signs?

D.E.: I think that the big intervention that literature can make is on literature itself. What I mean is, to create some sort of dissident sign with norms established by mutual agreement between texts, publishers, literary agents, newspaper supplements, which ends up creating a sort of shared center within the public. I have always thought this is a necessary intervention that some authors, both men and women, have already experimented with to break the monotony. Unfortunately, literary things cannot change social signs, or rather they exist side by side along with the rest of the social system….

C.C.: Finally, it would be really great if you could comment on the new literary spaces, which are marginal from a publishing perspective, where certain out-of-the-box texts transgress the diffuse border between traditional genres. Margo Glanz, for example, uses Twitter every day (through short lines that move between narrative, theory and criticism) to transgress the temporal and commercial space of her works. If in the last century, the literary novel was seen as a “frontier,” do you think that this new social landscape can bring us closer to a literature beyond commercial production?

D.E.: Of course there are other written “products”; you cannot decouple literatures of the self from production on Facebook. I think what Margo Glantz is doing with Twitter is very interesting. But beyond the figure of the writer and of literature itself, it seems to me that these technological resources (which are complex and never innocent) have repositioned writing at a time of a decline in letters and literature. Of course this is a different reading and writing, which is fast, fragmentary, mass-scale, which alters and threatens the way we use language by radically changing grammar rules. Maybe this significant intervention in the rules of language is the big symptom (an interesting one) manifested by this mass writing completely outside of academia. However, books continue to be central, and even the virtual circulation of books in PDF form emanates from the book form. The 21st century has not yet displaced the literary novel. We will have to see. It’s very possible. Why not? 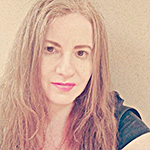 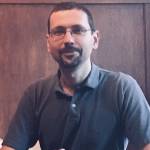 Slava Faybysh is a translator based in Chicago. He translated Leopoldo Bonafulla’s The July Revolution, Barcelona 1909 (AK Press), a first-hand chronicle of a weeklong rebellion and general strike followed by government repression, told from an anarchist perspective. His translation of I Want to Live My Life (1931), by Carmen de Burgos, a Spanish socialist feminist who was problematically writing about gender-identity issues, is forthcoming from Song Bridge Project in 2022.

by Marcelo Rioseco
Oftentimes, we are not blown away by the appearance of a great book. Accustomed to the invisible figure of the translator, we scarcely perceive that we are reading those writers…

From Subversion to Upholding the Status Quo