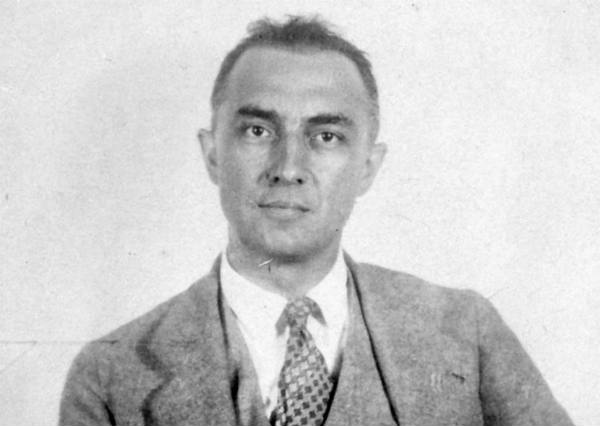 From The Happy Death of William Carlos Williams

She is a creature of great imagination. I might say this is her sole remaining quality. She is a despoiled, molted castaway but by this power she still breaks life between her fingers.

Trembling, he strikes the typewriter´s keys. Moonlight bounces from one side to the other. The attic is flooded with dots of light.

The howling throws him back to a childhood of fears. At that time, in the old house, the father went out into the hall and spat a dry order to the demons. They shouted through the mouths of a three-headed animal. The grandmother’s decadent hair smelled of things older than movies and automobiles. Uncle Godwin looked like a monster biting his chains. Escaping from her husband’s bed, Raquel, the mother, joined the chorus of parasitic voices in Creole and Spanish.

One night of that other time, the father applied the lash of his authority and the voices returned to their bodies. William Carlos has practiced the art of the whip only among poets. In his daily job he is a master of the soft spanking that ignites the lungs of babies. He has spanked thousands of newborns held around their ankles, but his father’s authoritarian cry is nowhere in his voice.

When he is writing, the sun lights his way. It is possible to write continuously even in the world of animals, while completing the daily rounds, carrying the stethoscope, tweezers and gauze in his doctor’s bag. He has tattooed so many pages with words that with them he could paper the facade of the house, the trunks of the trees, the sidewalks. If he were to align them one after the other on a path towards the wetlands of the Passaic River, and if from that path a raft of letters were to emerge and navigate the waters, his words would reach a country that is another planet, one which only allows itself to be papered in the musical ear of a mad poet.

Years ago William Carlos settled in the space of the attic to polish his letters in the silence of the night. And now, before his eyes, the criss-crossed stripes of the wall paper have turned into barbed wire. The abyss of his mother’s madness shows no sign of closing up. It chases him to the furthest corners of the house.

Slowly, he rearranges the Underwood’s type bars, removes the liner from a desk drawer and covers it. He stands up without straightening his back, resting his hands on the edges of the stool, and goes down the narrow staircase, between the wall of the east side and that of Raquel’s room, with a measured step that opposes the disorder of the howling, taking care not to add noise. Already on the landing of the second floor, where the bedrooms are, Florence waits, her arms crossed, dressed in robe and slippers: her gala dress. He does not want to look at her. He does not want to engage in sensible conversation with her common sense, that bit of anger that bites its tail. He does not want to look at her and remember that it is already the appointed day to deliver his mother. Instead, he goes to the other woman of the house.

He enters sideways into the bedroom. When his knees touch the edge of the four-post bed, the old woman rises: her torso elevated, her arms in the air, her face sweaty, her white hair standing on end. She will wake up stunned, gasping in the swamp where she sinks and to which, reaching out to her son’s neck, she intends to take him. He recalls the father’s authoritarian cry. The father did not know how to love her with the vehemence that she claimed so strongly, but he did have a resilient way of caring for her and a protocol of domestic behavior. Before the body of the mother, an intuitive knowledge pushes him towards the method that the old man disputed, the talking cures of Dr. Freud.

Who speaks? Who are you?

Moans, contortions. He approaches her knowing that once she hears the son’s voice she will not be in danger of death. She does not trust the son, but she respects the doctor in him. William Carlos wets in Florida Water the big handkerchief –coarse like the one a car mechanic would keep in a back pocket of his pants– and rubs the old woman by the temples. When she flaunts her rejection, he presses the handkerchief, releasing a drop of the perfume into one of her wide-open eyes with a cruel delicacy, a small vengeance for the ordeal of being lost in the ways of hell.

The old woman screams her pain. He refreshes her temples with the handkerchief and gets closer. He hears her whisper the word “home”. But it must be an illusion. It is no longer possible to receive a living image from that body.

In their correspondence before the death of the father, when he was a medical student and she was still a desiring woman, he comforted her with hasty descriptions of the day, vowing that he was willing to be, rather than a son, her brother and lover. She allowed herself to be adored. In her estimation the world, except for Paris and some streets of Mayagüez, was crap. But she became more sullen after her return from that summer at the sea shore. Her trembling hand was exhausted in writing notes asking for money to pay taxes and the bills of the carpenter. Swollen feet, deafness. When the stream of words between them was interrupted, the son and his mother were lost to each other. He knows words, and does not stop trying to comfort her with words learned in that house of mournful voices. But mothers do not need for their children to talk. Mothers are not interested in listening to them. The mother knows that the children are not the father’s, but hers. If they are sons, they extend the power of their mothers. The absent father has no more power over his children than that granted by the mother.

William Carlos, feeling helpless, knows that he was always the son of the women of the family. The mother was not even interested in the son’s desire to write her words. She just wanted to wrest him from the tricks of the other seductress of the family: the grandmother. The mother knows what the son is doing. He is setting a trap. He wants to write her words, not because he loves her, but in order to love her. The son only loves what comes out from his fingers to the typewriter keys: the distillate of his insufferable, optimistic, vanity.

He sits on the edge of the bed, caresses the woman’s hair. She sobs, speaks with her eyes closed. She could curse him. Other mothers curse their cruel children, but Raquel never forgets the poise of her inner lady. In a theatrical setting she could not interpret the fragility of a common helpless woman. She is a queen expelled from her kingdom, and she knows how to weigh each word with an intensity that the son’s poetry envies.

You pick up my words, as if they were samples of excrement, the old woman says. She has unleashed in her senile madness a grotesque sense of life. And she looks at him wide-eyed, without blinking, with the sclera dominating the center of terror. When he approaches her to take her pulse, she rises effortlessly and plants a noisy kiss in his ear. Cold. Then he injects her. She will wake up late, when he comes up with her breakfast and medicines. He will have breakfast with Floss. Floss will understand that the subject of the mother is not part of the cereal and the cold plums, of the appointments, of the patients, of domestic chores, of the decision that cannot be postponed. That same day he will deliver his mother when the keepers of the asylum come for her.

He climbs back to the attic, planning to write “Thank God for modern poetry, for poetry alive that is. It’s the only reason for satisfaction.” But in the crazy calm it is not possible to write. The air is still. The attic –reorganized to make more space while remaining a deposit of family surpluses– is still full of trunks, boxes, unglued pieces of furniture, photo albums, picture frames. He feels defenseless, ashamed of the childish atmosphere; the idea of ​​dying suddenly, without first picking up his toys. He has decorated the walls with cardboard: notices of exhibitions, postcards with views of Paris or the English countryside, sent by the mad poet – “you dumbass, this is where you should be!” The mad poet never had identity problems. He was the son of an aristocrat and the grandson of an adventurer. Ezra Pound. In the name he carried his race. But what race bears the name of William Carlos? The attic is the place of feminine madness, but for him, a woman only in part, it is the room that he rescued and maintains.

He opens the window that overlooks the garden, and consoles himself by greeting the tall branches of the maple tree and breathing the cold air. He takes his pulse. It is late, the dark part of the day approaching sunlight. He lies on the floor, facing the window and the tree. It was young when they bought the house, and it looks less worn than he, because it does not face pleasure and horror with the same urgency.

Since those nights there has been poetry, born dressed in terrors. He struggles to get rid of that burden when he writes. He has also paid the price of compassion for the music of weak words, those sick kittens that demand the life they do not deserve. He writes down words; he could not take a step without bringing them to ink. He pursues a poetry that is not content with being radically beautiful, as if the most graceful body in the world would not resign itself to beauty and prefers to wear rags. Listening and taking notes are habits. He usually carries papers in his pockets. To throw away a piece of paper is to despise the humble. No matter how much they had been destined to the slavery of common uses, on the back they were blank. A blank back can save the life of a poem. A notebook would be too solemn, almost as starched as T. S. Eliot, the poet he has loathed loyally.

He jots down the voices of everything: the houses of the poor, their curtains, dirty floors, broken glasses, smells and infamies; the flowers whose nutritious soil he has seen disappear, drowned by the industrial waste that stains the river of poisonous colors, throughout a life that had a distant day of birth, when there was no electric light in every home, nor the car that now transports him almost at the speed with which words invade him.

But there are invincible voices and he has learned to leave them alone. He’d rather not, but he knows that Raquel, the mother, that body ravaged by the spirits, is the closest embodiment of poetic contact.

Translated from the Spanish by the author, Marta Aponte Alsina 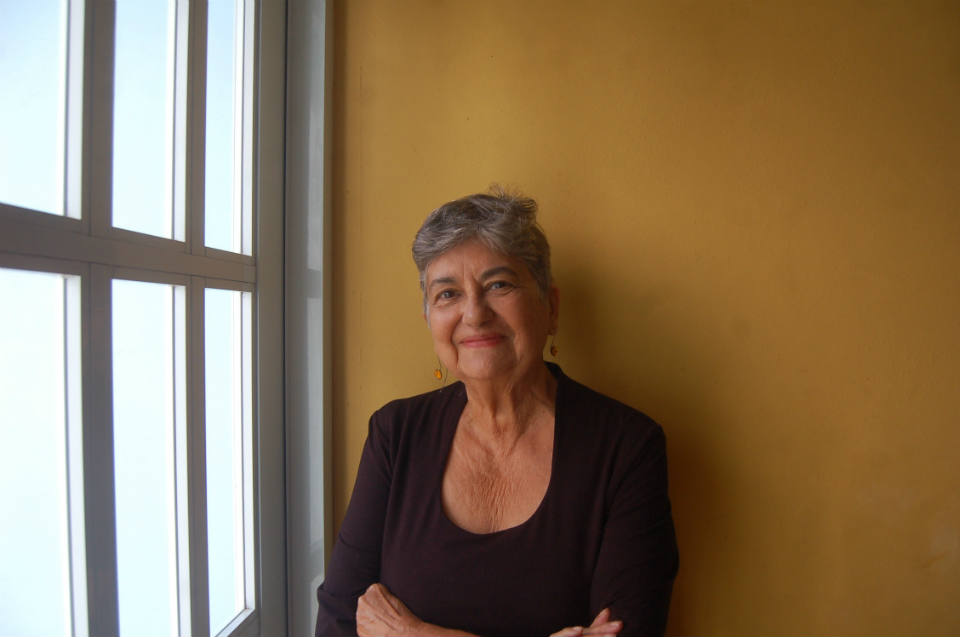 Code-Switching of Life: A Counterpoint with Sylvia Molloy

Leaving home for another country. Writing from somewhere other than home. How does this influence one’s writing?