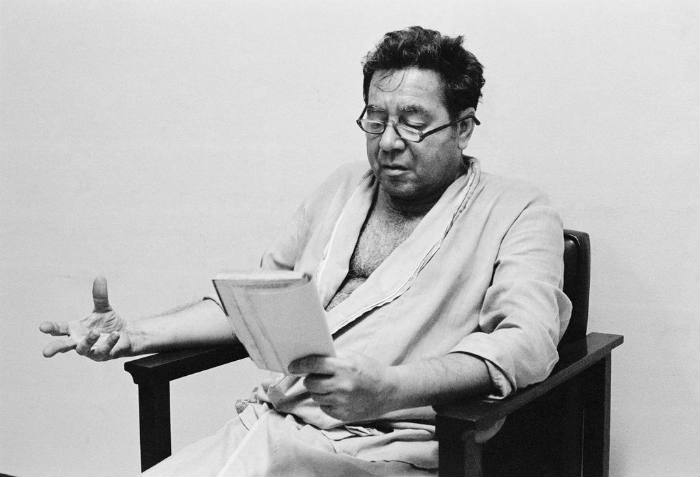 “Another young man given over to poetry; a new, true poet—and the sure promise of a great poet; and the battle against the dawn and its obscene noises; and the start of each day, defenseless against the enemy language. To start and start again. The terrible and renewed prophecy of Rimbaud: ‘Other horrible workers will come; they will begin at the horizons where the other has fallen’. Carlos Martínez Rivas is one of them.”

The losers crumble to the canvas

Winning is a vulgarity.

I, personally, would feel embarrassed
if someone lifted my arm in front of the crowd
a light of opprobrium shining on the ring.

Why?
Because I knocked a lonely fighter
who wasn’t fighting against me
but against himself
and was perhaps the better of the two?
Why don’t you lift his arm too
if he fought all the same?

Gene Tunney was better than Dempsey.
Not a brute. A scientist. A poet
who writes in his Autobiography, ARMS FOR LIVING:
“You’re alone there.
No friends around. You’re on your own.
No real supporters other than your own arms.”

The loser studied his technique in previous
combats. His own and his adversary’s.
He compared them in roll films projected
in the dining room, after supper, next to his children.
Children of radiant cheekbones trusting of his strength.

Sure of their father’s victory.

And he didn’t sleep well the night before the match.
His reflexes weren’t sharp.
His leg muscles became stiff.
Too much clinch.
Deficient legwork and slow waist movements
at close quarters: clear-headed, keeping
an orthodox guard over his left leg
up to that deadly hook
the gesture like the embozado’s in one of Goya’s cartoons.

The back glistening with sweat.
The chiseled torso shining like a diamond.
A prism outwardly projecting a specter of arms
like rays of light.

But no one knows that you think when you box.
You think of a child’s music box
and a marriage in process of divorce.
The wife God knows where.
Two neutral eyes staring at the paperwork.

Winning: a professional shame.
Losing: a ruthless destiny.
If we all are, no one is greater.
If the victory of one is the defeat of another
then all victory is, somewhere,
a fraud.

A Kiss for Lot’s Wife

“But Lot’s wife looked back
And she became a pillar of salt”
Genesis 19:26

You tell me something else.

Who was that lover that fooled good old Lot
and lay buried under the fallen arch
and the ashes? What dart
transfixed you unerringly, when you heard
the two angels
announce the hallowed news of forgiveness
for Lot and his kin?

Did you grow pale gasping, suppressed; or did you
wander from chamber to chamber, putting on
a face for the jubilation of the just and the haste
of the maids, all sweaty and limited?

Later it became harder to go on like that.

You’d trail behind,
lingering, aloof. Hearing the whistle
and the thunder from afar, while
the air of punishment
grazed your long greying hair.

And you looked back.

Strange it was, in the night, that
hole in the sky crackling.
The horror almost cheerful. Rockets over Sodom.
Gold and crimson falling
upon the city going under.

Like arrows your two eyes aimed in that direction,
searching… And perhaps you saw him. Because the eye
of a woman can recognize her king
even when nations tremble and fire rains down from the skies.

All night long, under your head closed
like a statue, it rained sulphur and fire over Sodom
and Gomorrah. At dawn, with the sun, a great smoke
rose from the earth like steam from an oven.

And so you filled the cup of iniquity
to the brim. Overcoming punishment.
Usurping it by means of excess.

You had to go under, with the idol
dumb and golden, its mute fingers,
the ten-stringed instrument
and the tiny branch with leaves of coriander.

To never be born again!
So that everything may sleep, reduced
to a perpetual bunch of cinders.
Where no keen Phoenix could ever rise.

If everything happened like this, Madam, and I
have been right about you, that we will never know.

But a statue of salt is not an inadequate Muse.

A slender reunion of tiny
entities of corrosive salt
is crystalloids. Acetate. Ridges
of genuine expression. And not the
laughing hills seasoned with angel fire.

The suspiciously ever-greening Zoar
with Lot, now white and senile, and the two girls
nubile, delicate and disgusting.

Carlos Martínez Rivas (1924-1998) was a Nicaraguan poet and is widely considered one of his country's most important writers of the twentieth century. All of his works, except La insurrección solitaria [The solitary insurrection] (1953), remained unpublished until the recent publication of his Poesía Reunida [Collected poetry] (Anamá, 2007). Despite this effort, he remains virtually unknown in Latin America, and even more so in the English-speaking world.

Carlos F. Grigsby (1988) is a poet and translator. He has published the verse collection Una oscuridad brillando en la claridad que la claridad no logra comprender [A darkness shining in the brightness that the brightness cannot understand] (Visor, 2008). He is completing a doctorate in literary translation and Spanish American literature at the University of Oxford.

Lamento della Ninfa is the first record I put on, barefoot in your strange and beautiful house, half empty, still unfinished and lacking a garden, on a mountain in a…

The Tears of a Tongue